Manipal, 16th March 2022: The three-day Satyajit Ray Film Festival (March 17- 19, 2022) will be inaugurated by renowned filmmaker Girsh Kasaravalli on March 17 at 4 pm. The film festival, which commemorates the birth-centenary of master filmmaker Satyajit Ray (1921-2021), is being organized by Gandhian Centre for Philosophical Arts and Sciences, MAHE, Manipal.

The inauguration and all the screenings will happen in the auditorium of the planetarium complex, MAHE. The MAHE Pro-Chancellor Dr H S  Ballal, will preside over the inauguration. The Vice-Chancellor, Lt Gen Dr M D Venkatesh, will be the chief guest. The keynote address will be delivered by Mr Girish Kasaravalli on Satyajit Ray. This will be followed by a screening of the opening film Pather Panchali at 6 pm.

The second day (March 18, 2022) begins with a screening of the documentary film on Rabindranath Tagore made by Ray. This will be followed by an interaction with Girish Kasaravalli on his films, other films, and filmmakers at 11 am. The films to be screened on that day are Kanchenjungha (2 pm), Mahanagar (4.30 pm), Ghare-Baire (7 pm).

The third day begins with Kasaravalli's special talk on ''Glimpses of World Cinema'' at 9.15 am to be followed by the valedictory.

This will be presided by Dr Vinod Bhat, Executive Vice- President, MAHE, Manipal. The guest of honour will be Dr Prithviraj M, Director, MCNS, Manipal. The last film to be screened that day is Agantuk (11.15 am).

Pather Panchali is a 1955 Indian Bengali-language epic drama film written and directed by Satyajit Ray. It is an adaptation of Bibhutibhushan Bandyopadhyay's 1929 Bengali novel of the same name and marked Ray's directorial debut. Being the first film in The Apu Trilogy, Pather Panchali depicts the childhood travails of the protagonist Apu (Subir Banerjee) and his elder sister Durga (Uma Dasgupta) amidst the harsh village life of their poor family.

The first film from independent India to attract major international critical attention, it won India's National Film Award for Best Feature Film in 1955, the Best Human Document award at the 1956 Cannes Film Festival, and several other awards, establishing Ray as one of the country's most distinguished filmmakers.

Rabindranath Tagore is a 1961 Indian documentary film written and directed by Satyajit Ray about the life and works of noted Bengali author Rabindranath Tagore. Shot in black-and-white, the finished film was released during the birth centenary year of Rabindranath Tagore. Ray avoided the controversial aspects of Tagore's life in order to make it an official portrait of the poet.

Satyajit Ray has been reported to have said about the documentary Rabindranath Tagore in his biography Satyajit Ray: The Inner Eye by W. Andrew Robinson that, "Ten or twelve minutes of it are among the most moving and powerful things that I have produced." Satyajit Ray's film captures the true essence of the poet's teachings and philosophy and remains, to date, one of the greatest documentaries on the life and work of Rabindranath Tagore.

Kanchenjungha is a 1962 Indian film directed by Satyajit Ray. The film is about an upper-class Bengali family on vacation in Darjeeling, a popular hill station and resort near Kanchenjunga. Satyajit Ray wrote the script of Kanchenjungha in ten days and shot the whole film in 24 days. This film is set in and inspired by the Himalayan Mountain range. Kanchenjungha was Ray's first original screenplay, and for the first time, he was shooting in color. The film shows about 100 minutes (in real-time) in the life of a group of rich Bengalis on vacation. Unlike the usual Ray films, it has a linear narrative with no central characters and no straight narrative in the classical sense.

Mahanagar is a 1963 Indian Bengali-language drama film written and directed by Satyajit Ray. Starring Madhabi Mukherjee in the leading role and based on the short story Abataranika by Narendranath Mitra, it tells the story of a housewife who disconcerts her traditionalist family by getting the job of a saleswoman. The film marked the first screen appearance of Jaya Bhaduri, one of Hindi cinema's leading actresses.

Shot in the first half of 1963 in Calcutta, this was also the first film directed by Ray set entirely in his native Calcutta, reflecting contemporary realities of the urban middle-class, where women going to work is no longer merely driven by ideas of emancipation but has become an economic reality. The film examines the effects of the confident working woman on patriarchal attitudes and social dynamics.

Ghare Baire is a 1984 Indian Bengali-language romantic drama film directed and written by Satyajit Ray. Based on Rabindranath Tagore's novel of the same name, starring Soumitra Chatterjee, Victor Banerjee, Jennifer Kendal, and Swatilekha Chatterjee. Dealing with the subject of the emancipation of women, the film shows what it does to women and to those who love them. Ray prepared a script for it in the 1940s, long before he made his first film Pather Panchali. The film was in competition for the Palme d'Or d'Or at the 1984 Cannes Film Festival. At the 32nd National Film Awards, it won the National Film Award for Best Feature Film in Bengali.

Of all the films that Satyajit Ray has made, perhaps the most intellectual, the most thought-provoking, and the one which compels us to question ourselves over and over again is his final film. And yet, very few people know that this film is based on what can best be described as a children's story, written by Ray himself. In 1992, merely a few months before Satyajit Ray passed away, the legendary director gave us Agantuk.

Agantuk is a 1991 Bengali-language drama film. Notable for being Ray's last film, it was based on one of his own short stories, Atithi. A joint Indo-French production. The film was critically acclaimed upon its release. The film ranked 2nd on Cahiers du Cinema’s Top 10 Films of the Year List in 1992. Leah Garchik of San Francisco Chronicle wrote the film "is a fitting ending to Ray's 30-film career -- it was Film of the Year in India in 1992. 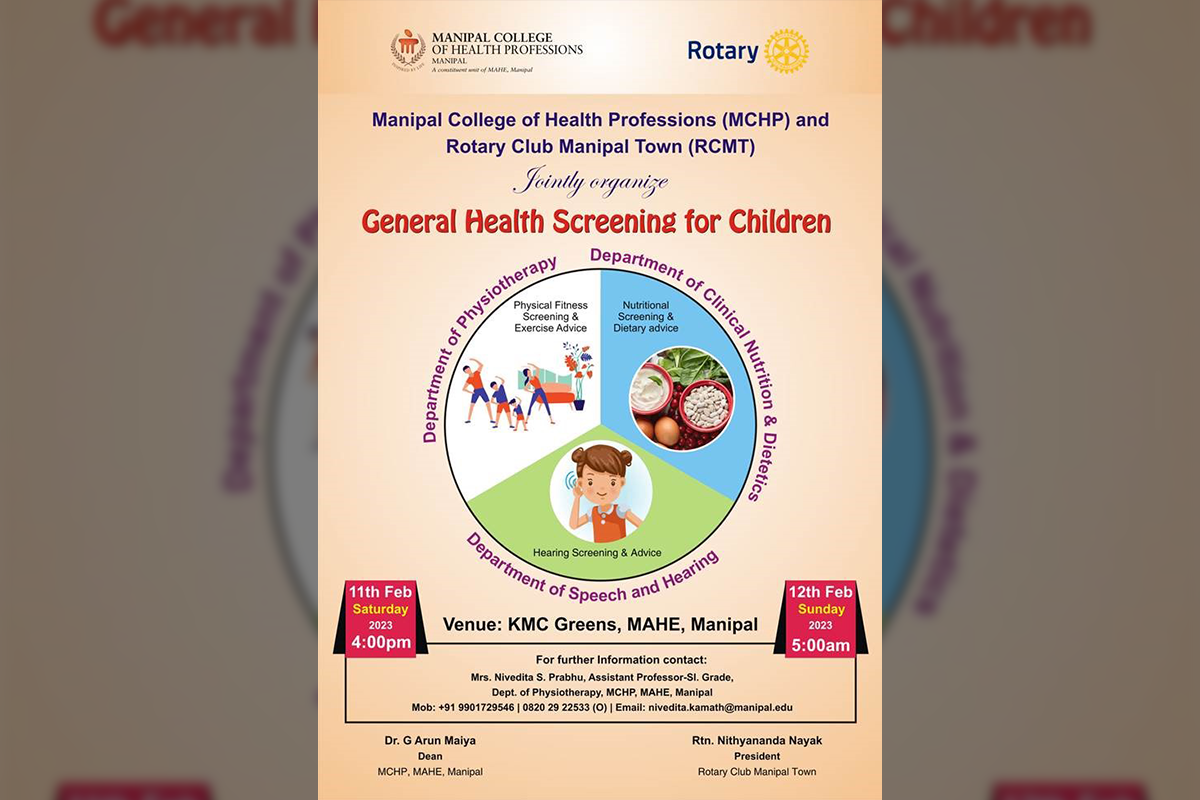 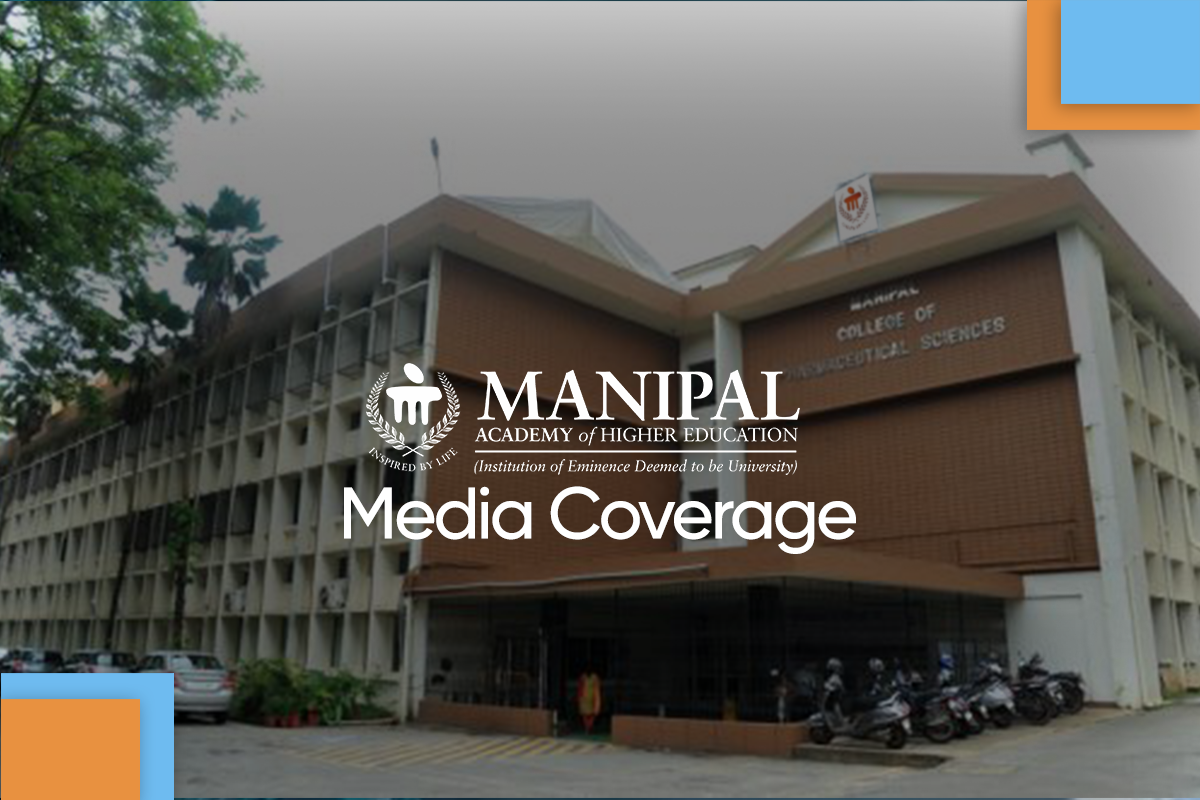 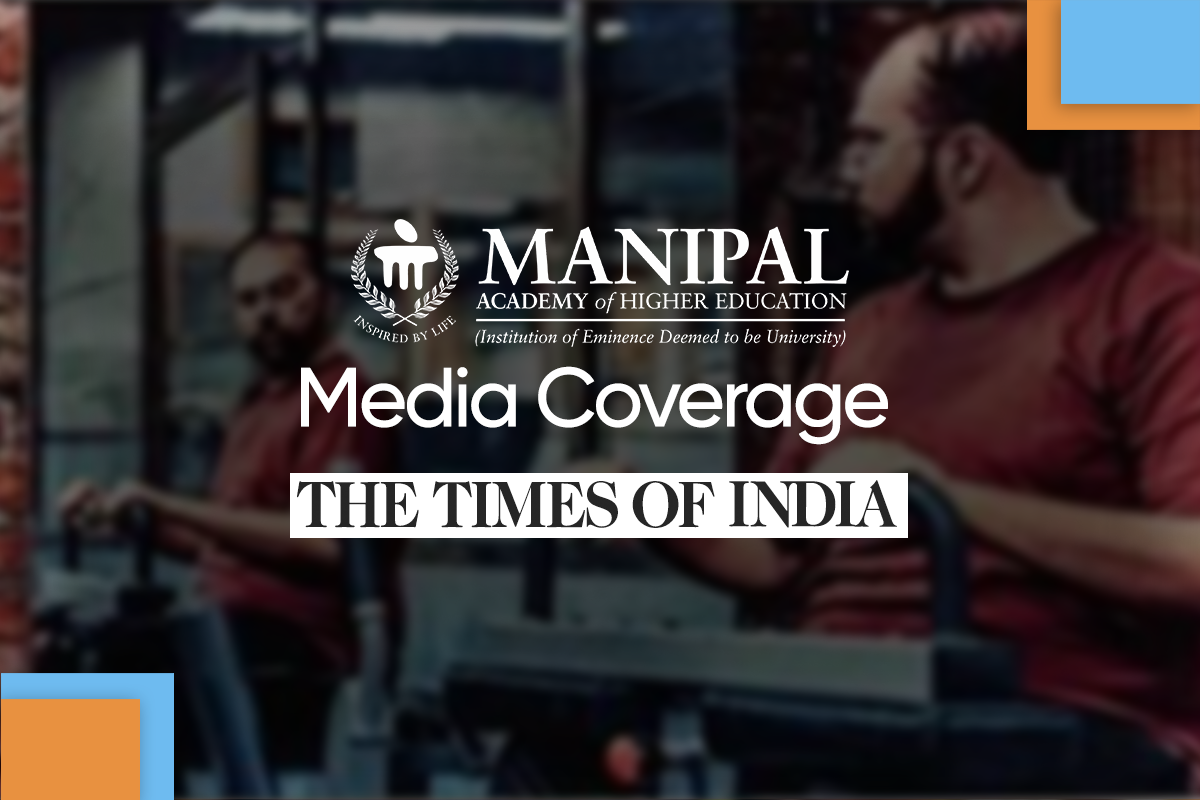 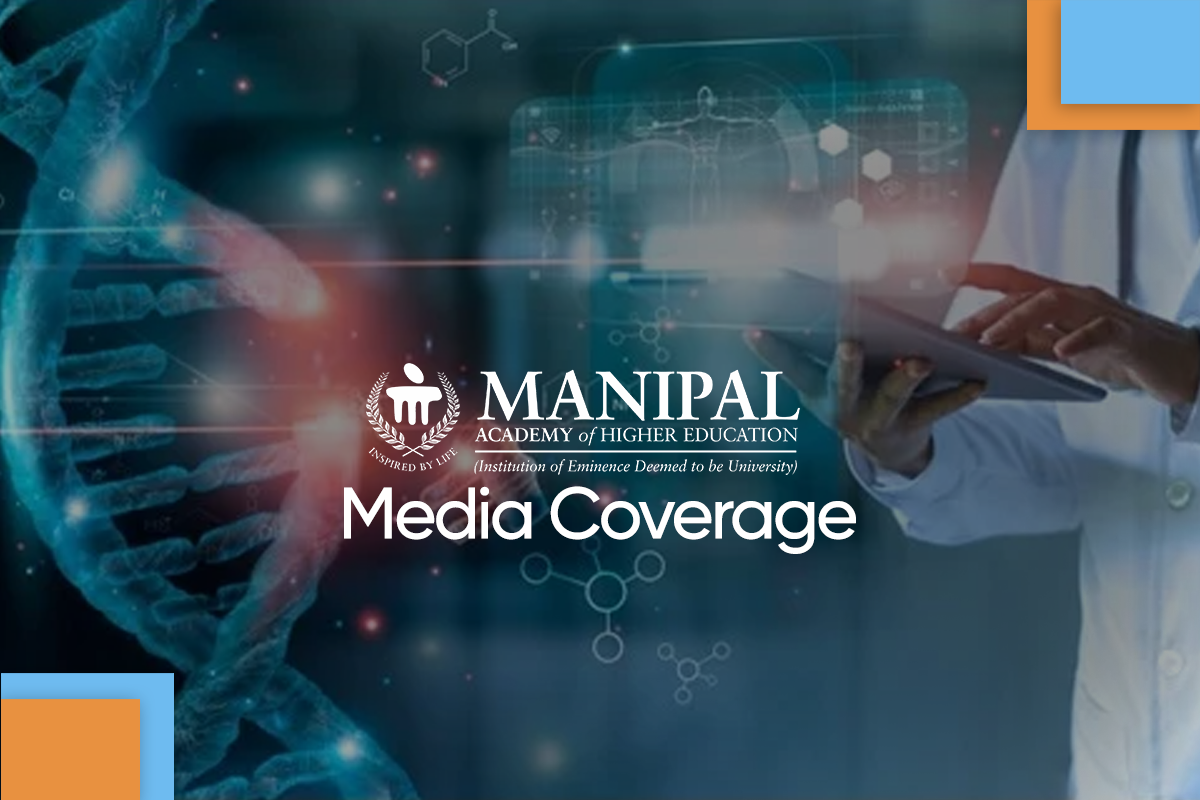 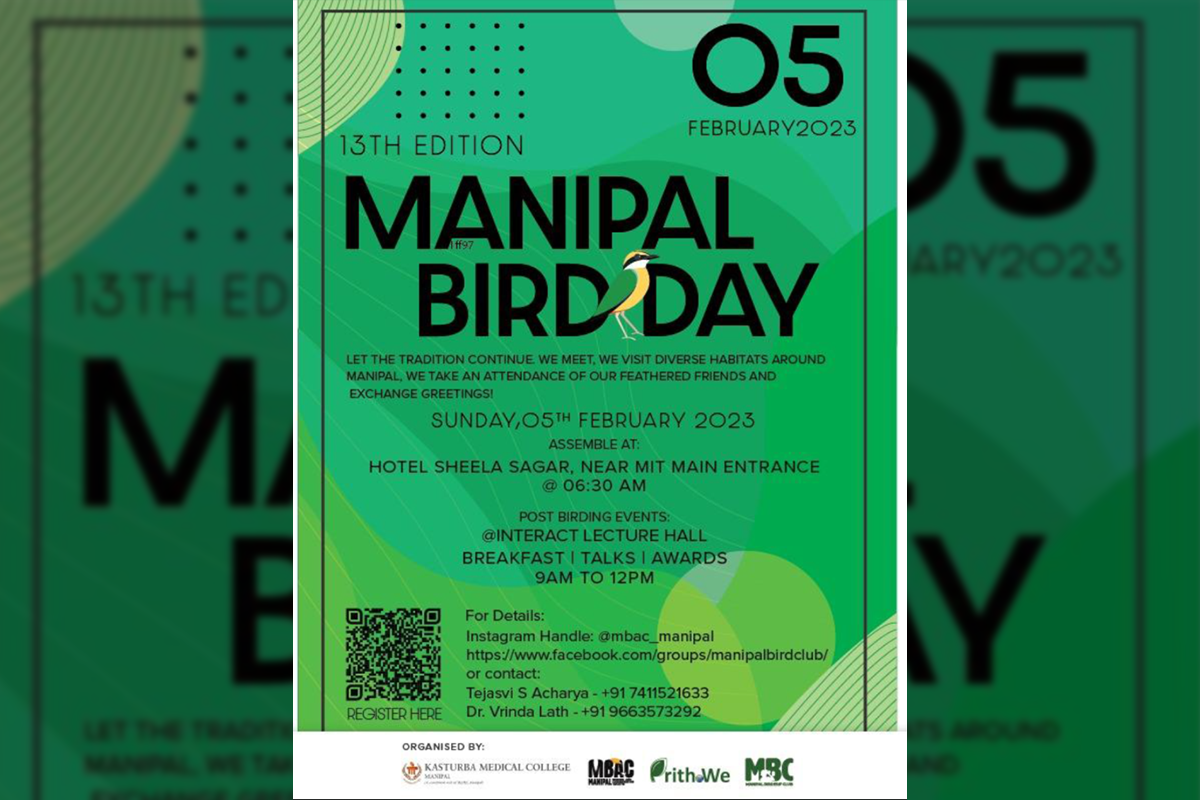